Multilingual Content: The Next Stage of the Creator Economy 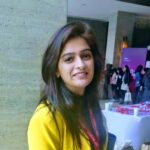 Remember when children aspired to become astronauts? Now, they would rather be YouTube stars. We’re not joking. A survey showed that more children today would rather be internet famous (29%) than go to space (11%). In hindsight, this isn’t surprising. After all, today we see TikTok influencers on red carpets and YouTube creators starring in their own Netflix shows. The creator economy is no longer a distant dream of the future. We are well inside it. But what exactly is the creator economy and where is it heading?

Think of your favourite YouTuber. Now think of everything that goes into the production of their video. Think of their editing team, production studio, sponsorships, monetization channels, social media platforms, the people who run those accounts, and the influencer groups and marketing agencies they possibly work with. Most of all, think about yourself: their audience. Each of these moving parts, including you- the consumer, is a cog in the engine that is the creator economy.

So how did we get here?

The Rise of the Creator Economy

2000: At the turn of the century, there was a shift in how media was consumed. It started with the world wide web, which with the catalyst of smartphones, and the growth of social media platforms like YouTube (2005), Facebook (2004), and Instagram (2010) that united people across the globe. The media industry saw an inflexion point with the advent of creator-focused digital platforms taking off. Very soon YouTube videos were garnering audiences that TV advertisements would have only dreamed of.

2010: Creators had power and companies began to take note. Once social media platforms set up monetization avenues, their creator base grew exponentially. Today, there are a total of 31 million YouTube channels. Following suit, pretty much every company, from media conglomerates to backyard businesses, have hopped onto the digital consumption bandwagon within the last decade. These companies started paying for influencer collaborations with them, specifically sponsoring the content of creators and other creative modes of monetization which would benefit both the company and the creator.

2020: Today, with global fandoms comparable to those of A-list celebrities, most large creators have turned into full-fledged businesses. Welcome to the creator economy where individuals can operate as a company with multiple streams of revenue beyond just advertisements. In fact, there are companies that help creators sell their content via diverse channels in the form of merchandise, books, speaking engagements, consulting, coaching, courses — you name it! An abundance of social media companies that cater to different niches, from Tiktok to OnlyFans, have solidified themselves as the primary modes of outreach for creators and businesses to market themselves to millions.

But where do we go from here?

One of the smartest ways to break borders and tap into global audiences is to create content in the native language of those audiences. This is called vernacular marketing, and many creators are already hopping on board as a way to grow their following. We can see vernacular marketing taking place as creators translating and dubbing a video, podcast, text piece, and other types of content.

Translating video online has grown popular in the last few years with online video voice translators gaining more traction than ever before. But why? Consider the following: Being the second-largest country in the world in terms of population, India has a huge audience worth tapping into. At least, Mr Beast thinks so, since he plans on Hindi-dubbing videos on YouTube to connect with more of the Indian population. But India’s huge audience comes with a cost.

While the country carries enormous potential for vernacular marketing, the diversity in languages spoken in India alone is incredible (over 30 languages with more than 1600 dialects). Right now, India’s internet penetration is about 61% (while the United States’ internet penetration is 90%)  meaning roughly 800 million of 1405 million in the country use the internet regularly. However, within this large audience, we can see language barriers among Indians themselves, as one group speaks a completely different language from another.

And yet, as more Indians join social media platforms, we will see a rise in more Indian creators, and the competition getting increasingly cut-throat. Hence, the demand for localised content in the native language of the locality is increasing. In other words, making multilingual content available within the next few years is crucial to solidifying oneself as an influential creator in the Indian space. With incredible diversity in the languages spoken, one of the best ways to beat the competition is multilingual content which covers the plethora of languages across India to reach the maximum number of people.

The stage has been set for creators to hop onto vernacular marketing as a means of preserving both their growth and influence within their niche. India is an untapped resource for many local and foreign creators simply because the slew of languages spoken here presents barriers among Indians themselves. The key to this is to streamline the creation of multilingual content. And this is where Dubverse enters the picture. Powered by deep learning, Dubverse’s intuitive software creates a true-to-its-word translated version of your video, in the dubbed voice you prefer. Ever wanted to translate a video to English? With Dubverse you also get to choose from languages like Tamil, Hindi, Bengali, Malayalam, Gujarati (in India) and Russian, Mandarin, German, Turkish, Arabic, Thai, (globally) and more to translate as well as dub your content using our free preview here. Bridge the communication gap between you and your audience with Dubverse. I see the world like a pyramid and I want to be in the top tier always, it is an upward journey for me which is uncomfortable, struggling but most rewarding. The pyramid is sometimes, impact, influence, money, power, happiness, strength, yet to find the one that excites me the most!