The Future of News Publishers is with AI Dubbing 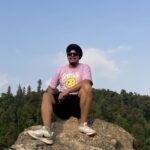 In a time when a sizable chunk of the world would rather browse Twitter than pick up the local paper, attention is a rare currency. News outlets need to capture the sights of larger audiences than ever before. The news publishers that dominate are those with the swiftest and most accessible information. But another problem persists: the lack of language accessibility.

As of January 2020, English was the most popular language online, representing 25.9 percent of worldwide internet users. This was followed by Chinese ranking second with a 19.4 percent share, and Spanish being the third most-used language online. With the top ten languages accounting for 76.9 percent of global internet users, just a quarter of whom speak English, it is no surprise news juggernauts are trying to target these audiences with news dubbed into their languages. Here’s why dubbing news in different languages is essential for news publishers in 2022.

Maximizes reach across Languages and Geographies

Let’s capture this advantage using the case study of media juggernaut Sky News. After recognizing the saturation of the English-speaking market, Sky News aimed to improve its penetration by reaching non-English listeners. Underwhelmed with the timeline and investment demanded by traditional dubbing / subbing, the folks at Sky News desired something efficient, scalable, and accessible. After identifying the Spanish-speaking segment of the population as a viable target, and using the help of AI-powered video translation, Sky News was able to optimize its content for native Spanish speakers.

Since its release of a Spanish YouTube channel in 2019, Sky News now boasts a whopping 157,000 subscribers with views reaching over 40 million from this outlet alone. Imagine the total reach if the same could be done for French, Mandarin Chinese, German, or Hindi speakers. Wait a minute- it can! Artificial dubbing and content translation across languages can now be effortlessly scaled up using machine learning technology.

Attention is one part of retaining clients. Fostering trust is another. When news outlets provide viewers with content in their translated and dubbed native language, this builds a sense of trust between viewers and the publisher. For instance, BBC News offers multiple language options to choose from on its website. By offering content translation in more than 40 languages and accurately subtitling video content, BBC news fosters multiple communities by building trust. But just translation is not enough.

To ensure that your target audience is impressed with your regional content, it is essential to study what makes dubs ‘clean’ and ‘pleasant’ to listen to. In addition to this, trust is built when content is translated accurately, such that news is reported without errors. Can AI truly be accurate in its ability to translate? And what about the robotic sound AI voices usually have? Well, AI has come further than you’d think.

AI’s ‘synthetic voices’ sound more human than ever before. And when it comes to precision, the key is working with a team that not only uses machine learning to scale up their translation ability, but also adds a ‘human touch’ as checks to ensure that the final product is accurate. Using Dubverse, for example, you not only have access to real-time script translation technology but also a network of native language speakers who can guide you through the process, and ensure your final product is true to your message.

Beat the competition by staying ahead with AI Tech

The internet has presented ample distribution opportunities for news publishers, but it has also led to an insurgence in news providers. From independent creators having their own news commentary channels to traditional news providers like BBC having to post regularly on Instagram to stay relevant, the internet has equalized everybody. One survey found that news consumers on YouTube are equally likely to get their news from independent channels as they are to get news from established organizations. In other words, industry expertise doesn’t have as much pull as it used to.

This begs the question: How can news publishers stand out from the vast pool of competitors? Beating competition is determined by many factors like the speed of news disbursal, how many channels the information is spread across, and whether it is through a trusted source. But an overwhelmingly easy and ethical way to increase viewership is accessibility. Dubbing in the native languages of listeners across the globe fosters inclusivity and allows those language speakers to flock to your content.

Successful news publishing is about capturing attention, fostering trust, and improving listener retention. As a result of AI and machine learning-driven technology, dubbing news in regional languages is an incredibly cost-effective and scalable technique to reach non-English audiences. Using tools like real-time translation, AI-voice dubbing, and live dubbing, news outlets have the opportunity to expand their reach globally and garner audiences bigger than ever before.